What is Pixel Shift Technology?

What is Pixel Shifting?

As industrial imaging applications such as automated optical inspection (AOI) and document scanning demand greater precision, higher throughput, and lower build costs, developers must rely upon Ultra-High Resolution cameras to reduce the complexity and cost of deploying these systems.

Pixel shifting is a key technology that’s being used to significantly expand the resolution capabilities of industrial cameras’ native image sensors. This increase in resolution is accomplished by moving the sensor a fraction of a pixel. For each shift, an image is saved. These saved images are then stitched together seamlessly in our API (Application Program Interface) source code to produce a composite image. 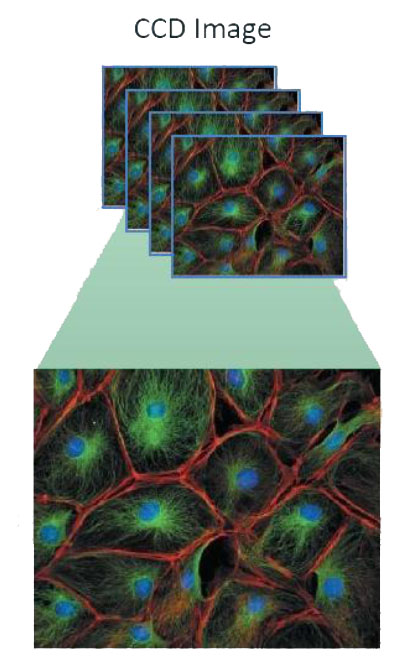 Typically, the imaging sensors used in industrial and machine vision cameras are two-dimensional with horizontal (X) pixels and vertical (Y) pixels. Pixel shifting is performed by optically repositioning an image onto a sensor or by physically moving the sensor while the image is focused on the sensor. A full resolution image is captured and saved for each shift. Moving the sensor by 1/2 pixel produces two shifts in the horizontal (X) direction and two shifts in the vertical (Y) direction. The resulting four images are then combined into an image with four times the resolution of the initial image. Nano-shifting the sensor in 1/3 or 1/4 pixel increments produces a composite image that is nine or 16 times the resolution of the initial image.

Pixel shift industrial cameras are available in both monochrome and color. The technology offers additional benefits for color imaging applications because it produces a true RGB image from a single sensor using a Bayer color filter array (CFA) without aliasing artifacts like zippers or rainbows on high frequency edges. Another advantage of pixel shift technology is that the color image resolution is not increased over its native resolution. Pixel shifting also delivers a larger field of view when a camera is equipped with the appropriate lens. This saves developers time and money by eliminating the need to stitch multiple images together or purchase multiple, lower-resolution cameras.

Vision Systems Technology offers the Vieworks VN series of CCD cameras with advanced pixel shift technology and imagers of increasing pixel density. Designed for applications that have a stationary field-of-view and Ultra-High Resolution requirements, the award-winning VN Series pixel shift cameras are ideally suited for high-throughput PCB and flat panel display inspection, film scanning, and document digitization. The image sensor is mounted on a precise piezo-electric positioning stage, which allows the CCD to move by 1/2 or 1/3 of a pixel. This results in Ultra-High Resolution image capture of up to 420 million pixels. Vieworks VN Series cameras also offer true color image resolution, a high pixel fill factor to reduce aliasing and Moiré, and defective pixel compensation.